skip to main | skip to sidebar

Two days worth of stories is so hard...it´s hard to even distinguish what happened yesterday from the whole trip narrative...

I guess it was Tuesday. We worked at the church, sifting endless piles of sand. There are now four unfinished classroms upstairs on the second story, and our team has so far sanded the walls and primed them for painting.

We also spent a lot of time playing and talking with the kids and youth at the church. They are on vacation so there is no school, and at any given time there is at least 12-15 kids onsite. They are now officially in the Shade and Fresh Water project, and we got a taste of this. There were long tables set up outside of the sanctuary and each of the kids (and us) was given a canvas bag with a pencil drawing of children on it. The teacher explained that the children have been learning how to paint, so they would be our teachers. We carefully painted the bags many bright colors, and I´m sure we were quite a sight sitting at the tables alongside the children.

Alejandro, who has now determined that he will be called Alex, has been with us every second that we have been at the church. He is ten years old, though he doesn´t look it. He has been busy shovelling and sifting sand, picking up trash, and his latest profession is photography (he took most of the photos that I posted last time.) He also loves being in photos and learning new English phrases. As we climb into the van to leave, he always calls, "kiss, kiss!" and "thank you" might be his favorite phrase.

Mario is the gatekeeper, and he spends a lot of time opening the gate when people show up and call to be let in. He is incredibly gifted in the music department, and for the last two days he has pulled out the keyboard and picked out several songs from listening to us sing. (But I´m sure he misses Amy). He still has his computer job, so after he is with us all day long, he goes to work from 5pm until 11pm.

Last night we ate tapioca with the pastoral family, Pastor Pedro, his wife Franci, and his two daughters Cher and Neanhy. Tapioca is fantastic...it is like a burrito made out of a light tapicoca substance (not like pudding at ALL) and you can have it with all kinds of different fillings, chicken and cheese, beef and cheese, coconut and banana...delicious! It was nice to spend time with the family. Neanhy and the girls had a fun discussion about pop culture (she is crazy for the Jonas brothers!) and we learned every possible Portuguese word or phrase necessary for restaurant dining. At the other end of the table, Pastor Pedro was making up words to try and communicate with Pastor Kristin, which made everyone laugh. And at the end of the night, he reminded her that she is preaching on Sunday. (Side note: the Portuguese word for preaching is the same verb used to talk about hammering a nail. Interesting, no?)
Posted by Kristin at 4:23 PM 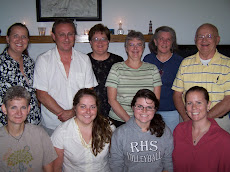